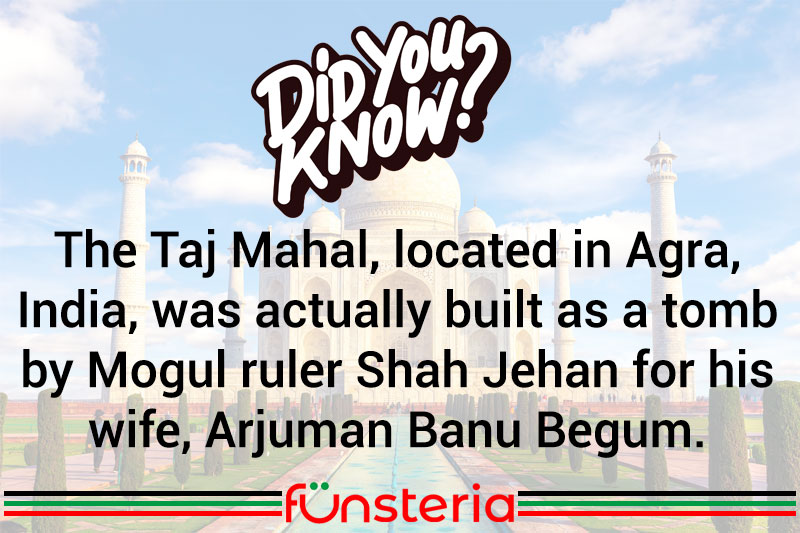 Shah Jahan ascended the peacock throne of India in 1628, at the age of 36. By that time, he had been married to his second Persian wife for 16 years. Formally named Arjuman Banu Begum, she was more familiarly known as Mumtaz Mahal, or “ornament of the palace”. Not only was the Shah deeply in love with this one of his many wives and concubines, so were the people, who knew her as generous, compassionate, and one of the most beautiful women in India.

Within three years, their love story had ended. Arjuman died in 1631 birthing their 14th child, while accompanying the Shah during a battle campaign. So grief stricken was the Shah, that he withdrew from the public eye for a year, and when he emerged at the end of that time, although still a youthful 40, his hair had turned white and he appeared as an old man.

Whether it is true that Arjuman asked on her deathbed for a symbol of their love, nobody seems to know. But the Shah went ahead and erected an immortal tribute in the form of the most magnificent tomb in the world. It would take 23 years to be completed.

Far more than a simple burial place, the Taj Mahal actually contains many separate areas inside, as well as outer buildings and extensive gardens. The name is said to have been derived from his wife’s nickname, Mumtaz Mahal. Her cenotaph, a word taken from the Greek for “empty tomb”, rests in the exact middle of the main chamber, keeping the symmetrical design of the entire structure.

Four years after the tomb was completed, the Shah was deposed and imprisoned by his son. When he died in 1666, his son had a cenotaph created beside that of his wife, upsetting the balance of the chamber. The actual bodies, in true Muslim tradition, are buried in plain graves in the basement, wrapped in white shrouds, with faces turned towards Mecca.