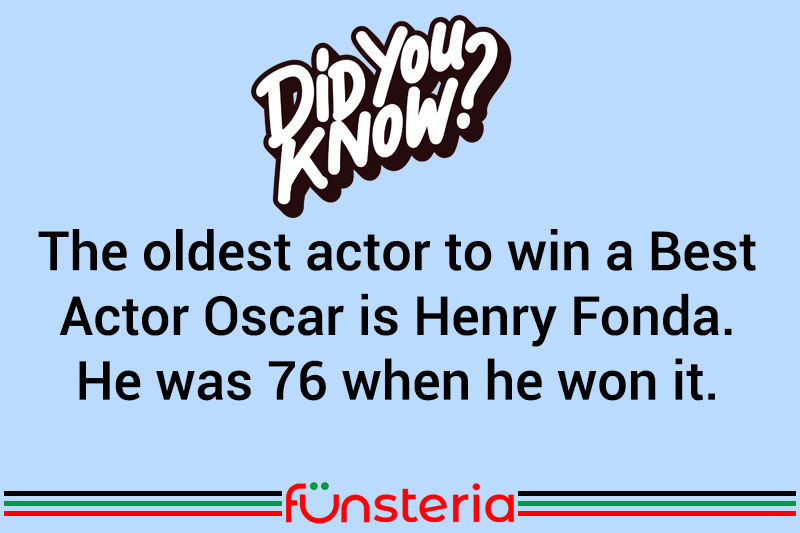 Over the years, Hollywood has proved it’s one of the flakiest places on Earth, with some of the most bizarre personalities. But at least they have no prejudice with regard to age, as shown by the winners of that prized golden statuette, the Oscar.

The youngest person to ever win an Oscar was the little curly-haired moppet, Shirley Temple. But at five years old, she was likely not able to sign her name to an Actor’s Equity card, and with no “professional” status her Oscar was considered an honorary one.

When it comes to young actresses, you had to be a bit older. A whole five years. Because ten-year old Tatum O’Neal won a Best Supporting Actress award in 1974, for her role in Paper Moon.

At the other end of the age scale, we have such luminaries as funny man George Burns, who won a Best Supporting Actor Oscar in 1976 at the age of 80 for the rollicking comedy about bumbling retirees, The Sunshine Boys. However, his distinction as the oldest Oscar recipient ever, was eventually eclipsed by the distinguished Best Actress performance of Jessica Tandy in Driving Miss Daisy, when she was 81. The oldest Best Actor winner was Henry Fonda who received the nod for On Golden Pond, when he was 76.