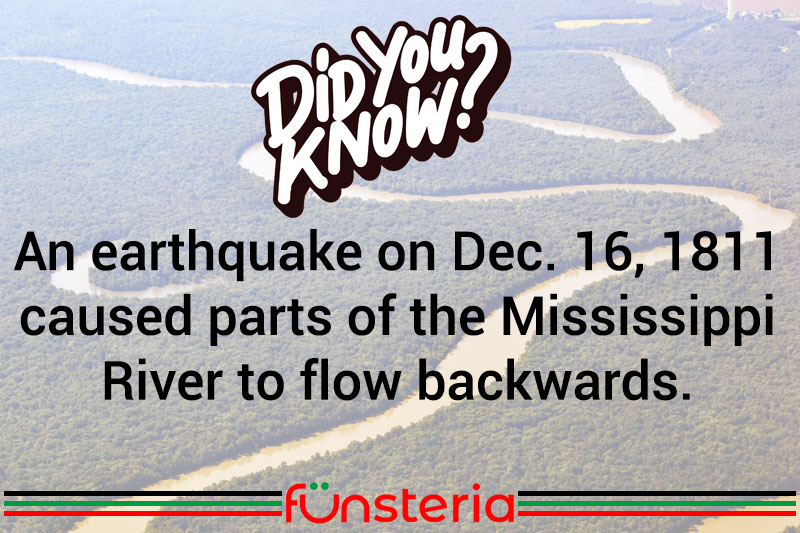 You have to wonder, before the days of modern science, what natives and new settlers to our land thought of such cataclysmic events as earthquakes. Particularly when they ripped open the earth, tore down their houses, and did the impossible, like making a river flow backwards.

That was the kind of horror visited upon the few scattered residents around New Madrid, Missouri in December of 1811. In the middle of the night, after a mighty roar, the Earth opened up in several places, including in the middle of the Mississippi River, then slammed together again, spewing out mud and water, that not only knocked down acres of trees, but temporarily changed the course of the river, making it flow backwards.

But it was not the first earthquake, or even the first serious one noted in that area. The problem was that as a new settlement, with no schools or other institutions, the area was largely illiterate, and so few written accounts of seismic activity in that region survive.

Because of the underlying fault in the area, some scientists predict an upheaval on the average of every 100 years, but the earth has remained silent and the river has remained on course for nearly 200 years.