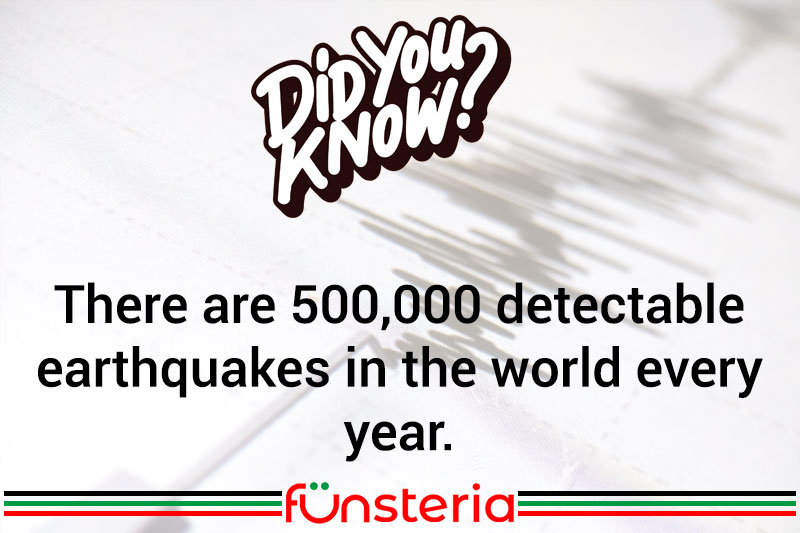 There are lots of reasons the ground can move beneath your feet. Setting aside love, and too much of the grape, we are left with Nature’s basic seismic events, like earthquakes.

Normally, we only hear about them when they reach a significant level on the Richter scale, either scaring the living daylights out of people, or causing death and destruction on a wide scale. But scientists tell us that there are some 500,000 earthquakes recorded by modern equipment every year, out of which only 20% are actually felt by humans, and a miniscule .02% or 100 earthquakes that cause damage to human habitation.

The “largest” earthquake in the U.S. in terms of strength, was a gigantic shake-up that took place in Alaska, on March 28, 1964. It was a whopping 9.2 on the Richter scale, a level that is seldom recorded without significant loss of life. But given that it occurred in Prince William Sound, and not in the heartland of America, the consequences were not as severe. The rumble in Alaska followed on the heels of the world’s biggest recorded earthquake, which took place in Chile, only four years prior.

Should you be worried about the movements in the Earth’s crust that is caused by upheavals from below? Only if you live in Los Angeles or San Francisco. There, it is estimated that earthquakes in the San Andreas fault are moving the two cities closer, about two inches a year. They should be next-door neighbors in about 15 million years.