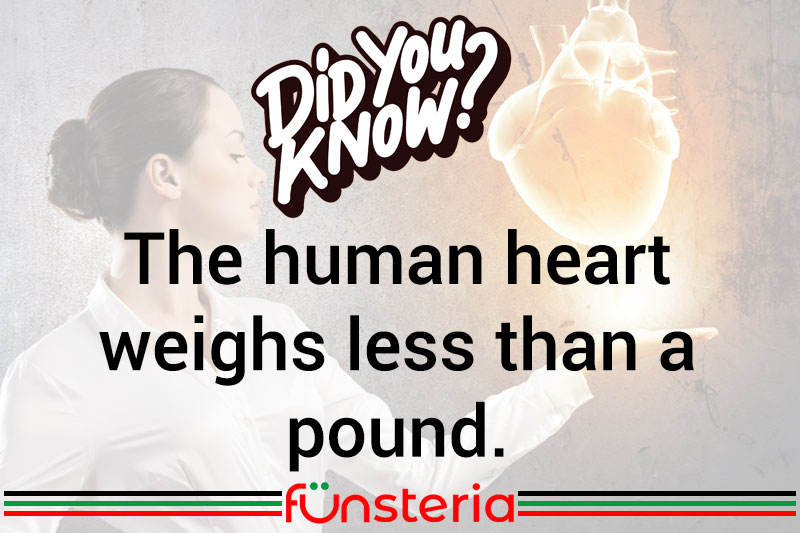 For thousands of years, the heart has been credited as the seat of human emotions. And even though we know better than that now, the symbolic shape is still rampant on Valentine’s cards and other visual representations of love.

You’d think with such a weighty role in the life of Man, the human heart would be a fair-sized thing, but it’s not. On average, a heart weighs only about 300grams, as opposed to the brain, which can be four times that or more. Basically, a muscle mass with four chambers, the heart’s function is to take in the “used” blood from the body, re-oxygenate it by running it through the lungs, and pumping it back into the body.

Historically, it was believed that the heart was the organ of emotions, including not only love, but hate, treachery, reasoning, and more. The Bible is chock full of references to Pharoah’s heart being hardened, and how human hearts are tried, and even the seat of wickedness.

In Ancient Egypt, the meticulous handling of the body as laid down in the Book of the Dead, dictated that all the major organs be removed except the heart. In the afterlife, their heart would be measured against the feather of truth. A heart laden with sin would tip the scales downward, sending the dead person’s soul to Hell.