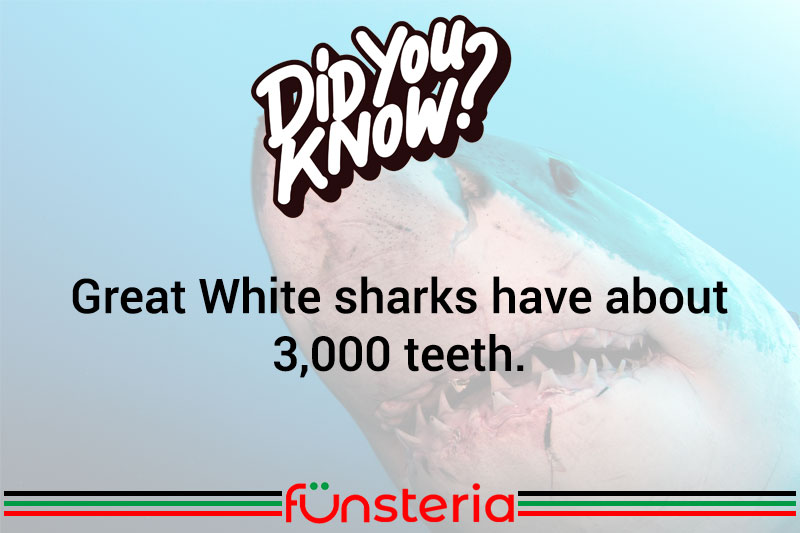 The Great White Shark is one of the most fearsome creatures on Earth, holding sway in the ocean over most other inhabitants, even if they don’t eat them. Great Whites dine primarily on seals, sea lions, fish, smaller sharks and turtles. Their only serious threats are the Killer Whale, Sperm Whales and Man.

The public’s concept of a Great White, is usually derived from movies like “Jaws” which showed the yawning maw reaching up out of the ocean to grab whatever it could. Reality has a way of being enhanced for fiction, including this film fantasy, which showed the shark doing something it seldom does – attacking humans.

What it did get right, was the way sharks will attack from below, and grab prey with those gleaming, triangular shaped teeth. The grip should be pretty good, considering they have up to 3,000 teeth at any given time.

That’s what makes the Great White Shark such an efficient and dangerous hunter. They have multiple rows of teeth, which are not rooted in the jaw. Instead, each tooth sits on its own axis, and rotates independently, outwards when the jaw opens, then inwards when it closes. The outer couple of rows are the first to grab onto prey, taking most of the force and battering. But when they are broken off, or fall out, teeth from the rows behind move forward automatically and fill the space, so they are never short a molar to munch with.