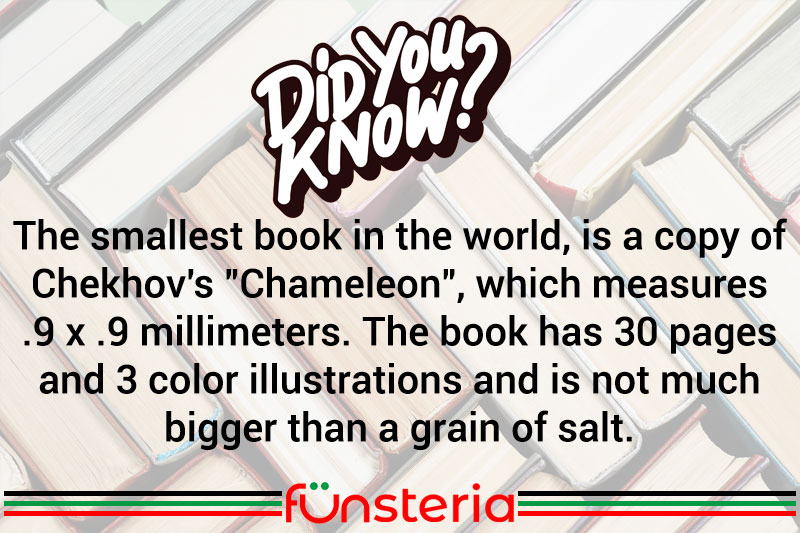 Some of the greatest writers in the world were the authors of short but notable works, including the great Russian literary figure, Anton Chekhov.

One of Chekhov’s satirical short stories was a masterpiece called the “Chameleon”, the story of a police superintendent crossing a market square when he hears the yipping of a dog and the cries of people who are arguing about chasing it.

A Borzoi puppy runs out from a side yard, followed by a man in suspenders who throws himself at the dog, howling at people to help stop the beast. Holding up a bloodied figure, he claims that the puppy has bitten him, who need his hands for fine work. The policeman is ready to have the dog strangled until a bystander notes that it belongs to the brother of the General, and the dog goes free, with a warning to the victim to stop his shady schemes.

What is notable about the book is not its plot, but its size. Or more specifically, the size of one particular copy. It belongs to Mark Palkovic, a collector of miniature books, and has been declared by the Guinness World Book of Records as the smallest book in the world. The short story was published as a limited edition in 1996, with 50 copies in Russian, and 50 in English.