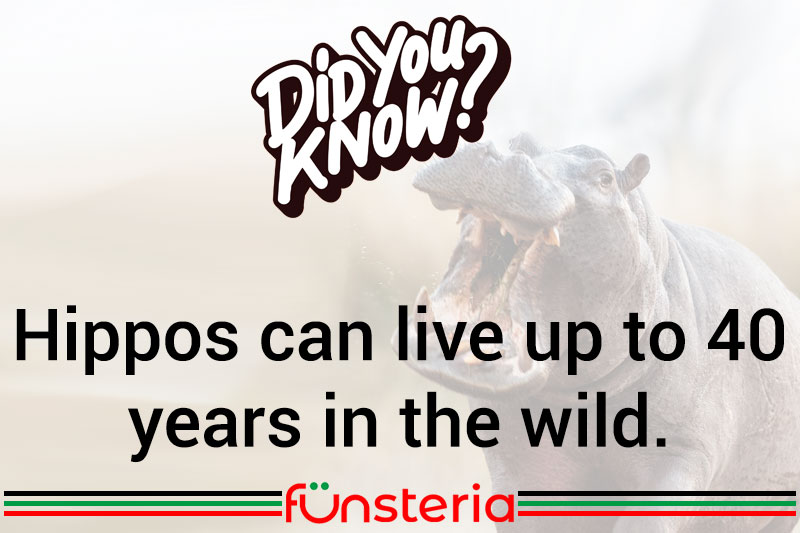 As large creatures go, there are few land animals that can outweigh or outsize the hippopotamus, with the exception of elephants. Hippopotami are one of the most curious denizens of the veldts and plains of Africa, both for their physical features and behavioral quirks. The hippo is truly enormous, with averages ranging up to 8,000 lbs. for males, lengths of 15′ or more, and a height of 5′ at the shoulder. Females are a bit smaller, but not significantly. There is nothing to fear from them though, as they are a vegetarian beast, that prefers lurking in a pond or lake all day, and is loathe to come out and chase humans. Or anything else for that matter. Hippos mature at seven and nine years for males and females, with the first young born anytime after the eighth year. Because they spend virtually all their days in water, calves are birthed there, and must swim to the surface to survive. After that, they often have to nurse underwater, because that’s where their source of nutrition is, when the mother stands submerged. A group of hippos will consist of a dominant male, his females, and offspring that can include immature males. When challenged by another male, the leader may roar, show his enormous canines, and if pushed, will fight for his territory. The entire family will spend their day lolling in the water, which is how they keep their bodies cooled. For this reason, their eyes and ears are on top of their heads, allowing them to sink down into the depths, and still be aware of any dangers approaching their resting spot.