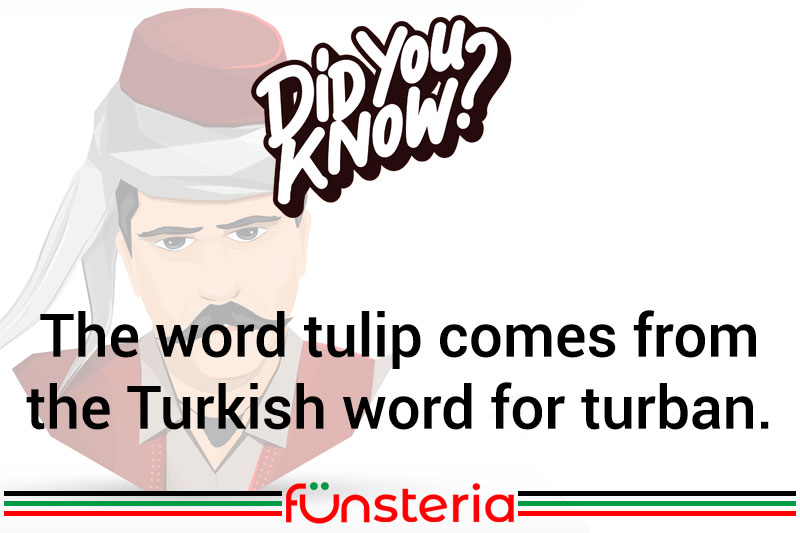 Flowers have become an integral part of our lives, as decorative accessories indoors and out, expressions of love, and even valuable trading commodities. In the process, we have come to associate certain flowers with a given country, often for the wrong reasons.

For example, the tulip is synonymous with Holland, where the growing of bulbs is a major industry. Surprisingly, they are only the third most popular cut flower sold in the “host” country. But tulips did not originate in Holland.

They are a Middle Eastern flower that originally hailed from Turkey. The name is thought to have derived from the Turkish word for turban, or else the Turks custom of wearing the tulip in the folds of their turbans.

So how did they get to Holland and other shores? History is not very clear on who first brought them out of Turkey. Some reports that they were brought back by the Spanish Ambassador in the mid 1500s are viewed as highly suspicious, since the ambassador’s diary notes the flower he did return with, bloomed in mid-winter. The tulip is a perennial, which can be taken up in late Spring after they have died down, but must be planted again in the Fall so they will bloom again the next year.

However, the time period is about right. Soon the tulip was spread around Europe, and became extremely popular in England. In the early 1600s, the cultivation and “breeding” of the bulbs soared to new highs amongst the rich population in Holland, who vied with each other to possess the newest and rarest types. This is often referred to as tulip mania, which saw prices rise to levels that could not be sustained, with reports of single bulbs selling for millions of pounds. But given that Holland was also suffering from Bubonic Plague and reversals that came from the 39 Years War, it’s possible that this too was just so many petals in the wind.