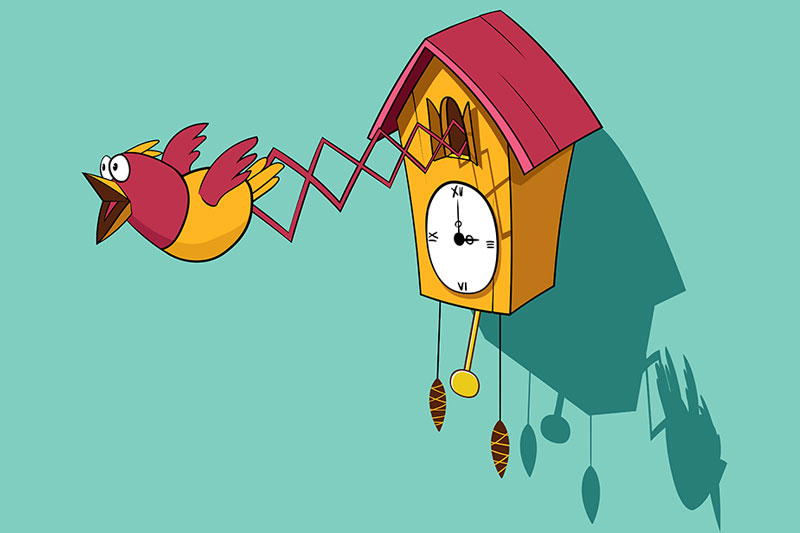 The other night I was invited out for a night with the ‘girls.’

The other night I was invited out for a night with the ‘girls.’ I told my husband that I would be home by midnight, ‘I promise!’ Well, the hours passed and the drinks went down way too easily.

Around 3 a.m., a bit pissed, I headed for home. Just as I got in the door, the cuckoo clock in the hallway started up and cuckooed 3 times. Quickly, realizing my husband would probably wake up, I cuckooed another 9 times.

I was really proud of myself for coming up with such a quick-witted solution, in order to escape a possible conflict with him. (Even when totally smashed… 3 cuckoos plus 9 cuckoos totals 12 cuckoos MIDNIGHT!)

The next morning my husband asked me what time I got in, I told him ‘MIDNIGHT’… he didn’t seem pissed off in the least.

Whew, I got away with that one! Then he said ‘We need a new cuckoo clock.’

When I asked him why, he said, ‘Well, last night our clock cuckooed three times, then said ‘oh shit.’ Cuckooed 4 more times, cleared its throat, cuckooed another three times, giggled, cuckooed twice more, and then tripped over the coffee table and farted.