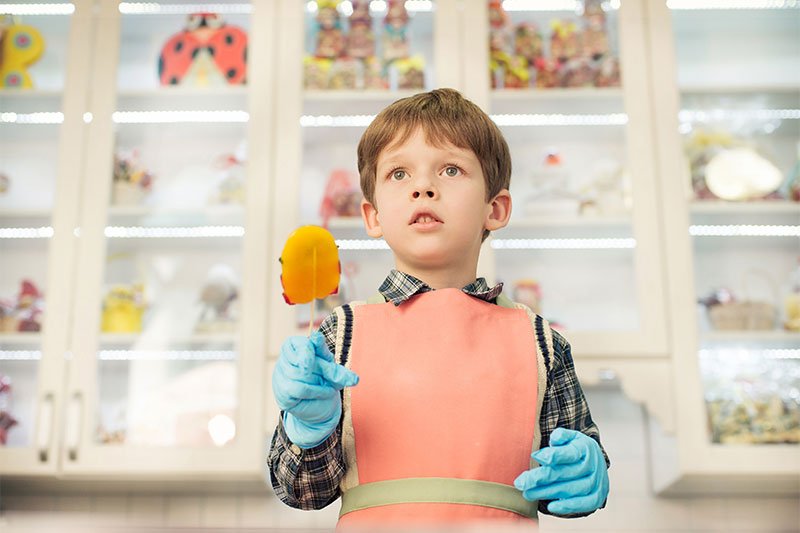 Three boys went into a candy store. “I want 2 cents’ worth of jellybeans,” the first boy said to the store owner.

The man frowned because the jellybeans were on the top shelf in the store. He didn’t like climbing up there to sell 2 cents’ worth for jellybeans. But he did it. When he came down, he put away the ladder and turned to the second boy.

“I’ll have 2 cents’ worth of jellybeans, too” said the second boy.

Annoyed, the man got the ladder and climbed up to get the jellybeans. When he was up there he turned to the third boy. “You don’t want 2 cents’ worth of jellybeans, do you?” he asked.

“No sir,” answered the third boy. So the man climbed down and put away the ladder.

“Now what do you want?” the man asked the boy.

I’ll have a nickel’s worth of jellybeans. Please,” the boy replied.